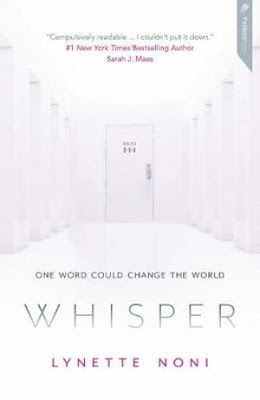 “Lengard is a secret government facility for extraordinary people,” they told me.
I believed them. That was my mistake.
There isn’t anyone else in the world like me.
I’m different. I’m an anomaly. I’m a monster.
For two years, six months, fourteen days, eleven hours and sixteen minutes, Subject Six-Eight-Four — ‘Jane Doe’ — has been locked away and experimented on, without uttering a single word.
As Jane’s resolve begins to crack under the influence of her new — and unexpectedly kind — evaluator, she uncovers the truth about Lengard’s mysterious ‘program’, discovering that her own secret is at the heart of a sinister plot … and one wrong move, one wrong word, could change the world.
-----------------------------------------------------------------------------
My niece gave me this book - and she said it's unlike other books - the story line will leave you wondering and she was right ....
I cannot imagine not talking for over 2 years ... but to keep herself and everyone else safe she does.
We follow the story of how some melt her heart and teach her to use her voice .... but for good or evil?
It's not cut and dried - so many unanswered questions .... so there is one more book in the series called Weapon - does this give you the answer as to who really is the good guy?
RATING : ♥ ♥ ♥
Lynette Noni grew up in outback Australia ... check out her website HERE
Posted by Denny at 12:21 PM
Labels: Book Review