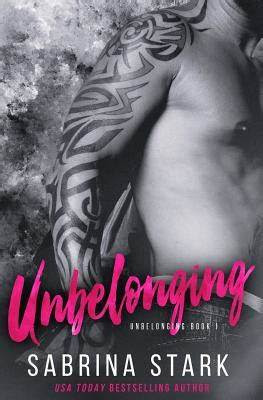 With an accounting degree that's getting her nowhere, Chloe Malinski spends her nights waitressing and her days housesitting in a neighborhood that's infinitely beyond her reach or comfort zone. But she knows all too well that no one wants a pauper in their mansion, so she's gotten good – maybe a little too good – at faking it 'til she makes it.

With more baggage than any airline, Lawton Rastor made his money through prizefighting – and not the kind with padded gloves and some bow tie-wearing referee. He made it through the gritty, back alley kind where sweaty money changed hands over beer and bimbos.

She's a poor girl from Hamtramck. He's a billionaire bad boy from Detroit. They should've never crossed paths. But when they do, thanks to Chloe's latest housesitting gig, the collision of sparks, secrets, and misunderstandings leaves both of them yearning to belong exactly where they shouldn't – with each other.

I thoroughly enjoyed this book - I found the characters likeable and believable.

Chloe's relationships with her family are not great - except for her grandmother and her best friend Erika, there is no one else that she gets to spend time with. House sitting keeps her in a style of comfort that she can only dream of ... while working in a job where she gets treated badly by her boss Keith as well as some of the cutomers.

The relationship with Lawton starts off slowly and grows ... which is a nice change from eyes meeting to ending up passionately in love and sleeping together in a glance. Lawton does not live up to his bad boy name - except when it looks like Chloe may be in harm and then he steps up. He comes across at the start of the book as a party boy and player - but that soon changes and he is a business man, and someone who is trying to leave his past behind.

My one complaint with these type of stories - why does Chloe find it so hard to tell the truth about house sitting? Do authors really think that it adds to the story? No ... it doesn't - it frustrates because you know the truth will come out and a whole lot of drama could be saved by being truthful from the beginning. I think there could be a better back story with coming clean from the beginning and judging his character - his acceptance or denial of her, this would have added to the book.

Posted by Denny at 7:37 AM
Labels: Book Review