Dream of Me by Lisa Cach 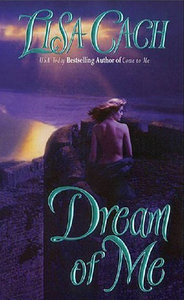 Theron, undying creature of the Night World, knew everything about making love. But though he was an incubus, a bringer of carnal visions to sleeping maids, he had grander ambitions. He plotted to step into the mortal world and rule as king.
The beautiful Lucia was imprisoned in a fortress atop a mountain. Her betrothed, Prince Vlad of Wallachia, wanted her purity intact; but when the prince broke a vow to Theron, nothing could keep her safe. The girl would be subjected to Theron's seduction; she would learn all his lips might teach.
A demon of lust and a sheltered princess: each dreamed of what they'd never had. They were about to get everything they wished and more.

I really think that Lisa Cach captured the essence of both characters well - you could believe the love story, the temptations and desires, as well as feel the struggle they both had to endure.