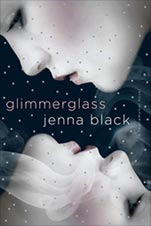 Dana Hathaway doesn't know it yet, but she's in big trouble. When her alcoholic mom shows up at her voice recital drunk, again, Dana decides she’s had enough and runs away to find her mysterious father in Avalon: the only place on Earth where the regular, everyday world and the captivating, magical world of Faerie intersect. But from the moment Dana sets foot in Avalon, everything goes wrong, for it turns out she isn't just an ordinary teenage girl—she's a Faeriewalker, a rare individual who can travel between both worlds, and the only person who can bring magic into the human world and technology into Faerie.

Soon, Dana finds herself tangled up in a cutthroat game of Fae politics. Someone's trying to kill her, and everyone seems to want something from her, from her newfound friends and family to Ethan, the hot Fae guy Dana figures she’ll never have a chance with… until she does. Caught between two worlds, Dana isn’t sure where she’ll ever fit in and who can be trusted, not to mention if her world will ever be normal again…

Glimmerglass is a terrific read - a cross between fairy intrigue and fantasy. Dana finds herself faced with real world problems, and decides that travelling to Avalon to meet her father will solve all her problems. She knows that Avalon is special - where the real world meets the Fae world ... so has grand ideas in her head about how magical it will be, and how wonderful her knew life will be.
How wrong she was! From the moment that Dana enters Avalon it's one thing after another, not knowing who to trust or believe. Knowing that the Seelie and Unseelie want to have her under their control, and that the Queens would prefer her dead, she decides it will be best to leave Avalon and return to the US and try to get back to some sort of 'normal' life - now, that is easier said than done.

I enjoyed this book - a little bit of everything for the reader. Look forward to reading the next book SHADOWSPELL in the Faeriewalker series.

Nice review. i think I'll pick this one up soon

I think that you will enjoy it Nomes ...